The World is Tired of the Double Standard around Cannabis in the USA, Prepares to Legalize the Plant Worldwide 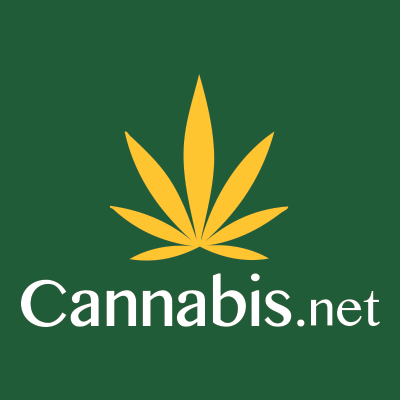 The USA Needs To Stop With The Double Standards

The United States remains to have one of the strangest relationships with cannabis laws.

With nearly 40 states already decriminalizing cannabis in medical or recreational form, the federal government says that it’s still illegal. But what happens when the United Nations reschedules cannabis? The US is going to get left behind, while we all thought that the US would be first to reschedule pot.

Major milestones for legalization of cannabis in the US started way back in 1996, which is when California voters passed the historic Proposition 2015. Two years later, Alaska followed suit with Measure 8, and slowly but surely, the dominoes began to fall. Today, in 2020, there are 38 states that have legalized cannabis, yet the US still maintains its stance that cannabis is illegal – and continues telling the world the same message.

But nobody is going to sit around and wait for the US to federally legalize cannabis. That SHOULD have happened a long time ago.

They are sending the wrong message when you consider just how many states have already adopted a legal cannabis measure in some form.

There’s no point in sitting around waiting for the US to move because the UN seems to be a few steps ahead already.

Marijuana Moment has reported they obtained a government document that looks like they were discussing the policy recommendations released by the WHO in 2019. Among the series of proposals are removing cannabis from the list of controlled substances according to an archaic international drug treaty, as well as rescheduling several cannabinoids of the plant.

More than anything, they looked like they were nervous about the fact that the UN would reschedule cannabis.

Though this was scheduled to happen last year, the vote was delayed so that its 53 member nations could be given more time to think about these proposals. Now, it seems that the vote may happen next month.

If this happens, then nobody would give a rat’s ass about what the United States federal government thinks about cannabis anymore. There would be no need for us to worry about the financial repercussions because, after all, the UN says cannabis is now legal.

“It is possible that civil society, the media, and the general public will view deleting cannabis from Schedule IV as a first step toward widespread legalization of marijuana use, especially without proper messaging,” reads the document. It also acknowledges that removing pot from the Schedule IV list of the outdated 1961 Convention would be a “benefit to the advancement of collective knowledge of both the therapeutic utility as well as any associated harms,” and it would do so by promoting research.

The document also adds that the proposed changes by the WHO could give people the wrong idea, leading them to think that the current Schedule IV stance impedes research and that the international framework isn’t compatible with research. What they’re basically saying is that even if the United States acknowledges the benefits of reclassifying cannabis, the government is worried about how it would turn out.

It’s already 2020, for crying out loud. There is no reason cannabis should be categorized in the same list of drugs that heroin is. That means that for as long as cannabis isn’t rescheduled, it’s viewed as a harmful drug with no medicinal value.

The UN’s member nations who have agreed to the drug treaties are still banned from legalizing it, though that has not stopped Canada and Uruguay from violating the treaty. So why is the US taking its sweet time?

Since the US is a member nation to three international treaties that limit their ability to legalize cannabis, the US is required to vote on any changes including if the WHO will be rescheduling cannabis internationally.

These archaic drug treaties shouldn’t be as inflexible as they are; rather, they should adapt based on current circumstances of countries. In the case of Canada and Uruguay, as well as other liberal nations who are looking to do their own thing when it comes to cannabis, the consequences of violating these treaties could create an embargo and even prevent them from getting medications. When in reality, drug treaties are meant to give access to these very important medications in exchange for placing drug policies in place.

Extremely draconian at its best.

At the end of the day, the US is still imposing its stupid double standards when it comes to cannabis. This is how the rest of the world already thinks about their rules, and are going full steam ahead instead even if this means a huge financial risk from the US financial system.