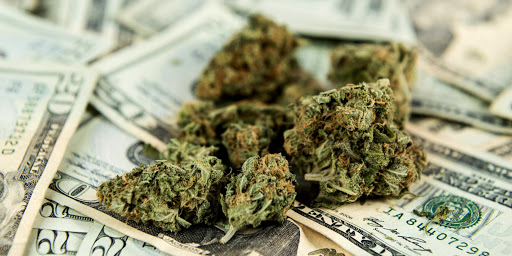 Marijuana legalization in the U.S. has been a gradual process, but in legal states that have already made the jump, its effects on the economy have been anything but slow.  Illinois most recently joined the list of legal states, and as more states follow suit, this status is also making them desirable tourist destinations. But, as it turns out, not all legal cannabis states are created equal in the eyes of tourists.

Where The Cannabis Tourists Are Traveling

To shed some light on these trends, AmericanMarijuana.org surveyed people who planned trips to legal states to see where they’re traveling, what consumers are buying during these excursions, and how much they’re spending.

Colorado was the first state to legalize marijuana recreationally, and it holds the title as the most desirable state to visit for marijuana, too. Fifty-two percent of people named Colorado as their most desirable marijuana travel destination. Since legalization, people traveling out of state for recreational marijuana have made an average of 2.5 trips to the Centennial State.

California ranked second with about 33% of respondents dubbing it the most desirable cannabis destination, followed by Washington, Nevada, and Massachusetts.

Legalized cannabis appears to be a novelty for most visitors, as more than half of the 1,003 cannabis tourists surveyed originated from states where it isn’t legal recreationally. About 20% of travelers had a medical marijuana card as well. 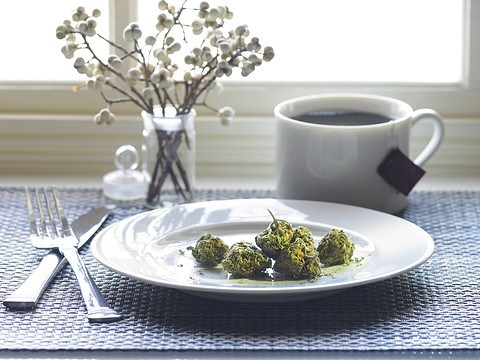 Dispensaries, tours, and 420-friendly hotels, often dubbed “Bud and Breakfasts,” are some of the more popular items to add to an itinerary during these trips. Thirty-eight percent of cannabis tourists even reported receiving a free sample, and they’ll visit an average of 2.7 dispensaries during their travels.

These trips aren’t cheap; many tourists may find themselves blowing the budget. While most people intended to spend an average of $208.08 at dispensaries, they actually end up spending $264.74.

After you factor in meals, transportation, lodging, and the marijuana itself, these trips are costing a pretty penny, running the average tourist $980.32. Aside from cannabis purchases, lodging is likely to be the most expensive part of the trip, costing the average tourist $228.59. Most of these vacations lasted an average of 4.3 days.

How Much Do Cannabis Tourists And Average Users Spend On Marijuana?

When it comes to what exactly they’re buying, people were most likely to purchase edibles, followed by buds and pre-rolled joints. Capsules and beauty products were among the less popular choices.

About 57.3% of people travel by car, while about 37% of people take a plane, and more than half of these tourists are sneaking cannabis souvenirs with them on the plane or car ride home. People are also mailing their purchases back to their homes to avoid the TSA, according to the study. Daily users are more likely to take the risk, with about 60% of them taking their purchase home with them.

And for about 30% of cannabis tourists, the only reason they didn’t take the risk was that they had used all their purchased products before heading home.

Overall, the study points toward some strong economic benefits for these legal states that will be worth watching as the industry keeps developing.