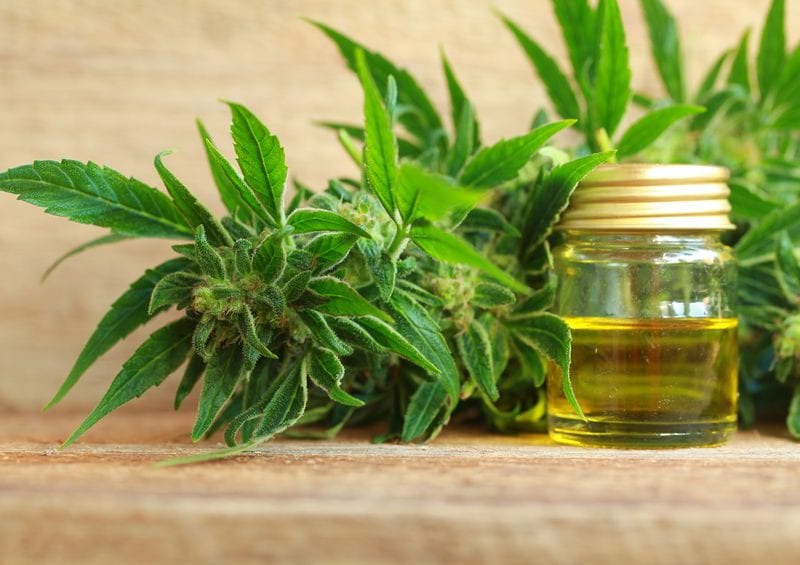 Reprinted with permission from the CBD Awareness Project: www.cbdoil.org

If you’re familiar with marijuana, you’ve probably heard of THC. It stands for tetrahydrocannabinol, and it’s the chemical ingredient behind that “high” feeling marijuana is known for.

However, THC is just one of over a hundred chemical compounds found naturally in Cannabis. Another one of these compounds is cannabidiol (CBD). CBD has recently become popular, as more people become aware of the many health benefits it provides.

Because they both originate from the Cannabis plant, there’s a lot of confusion around CBD and THC. If THC gets you high, does CBD as well? How are they different? What are the benefits of CBD vs. THC?

In this guide, we break it all down. Keep reading to understand the difference between CBD and THC.

Cannabinoids and the endocannabinoid system

When you ingest cannabinoids, they interact with your body’s endocannabinoid system, which is made up of three parts. The first of these are the cannabinoids your body naturally produces. These are called endocannabinoids, with “endo” coming from the word “endogenous” to indicate they are created internally by your body.

All of these elements work together to help your body regulate various functions, such as your appetite, immune response, motor control, and feelings of pleasure and pain. Specifically, the endocannabinoid system communicates with your central and peripheral nervous systems to relay messages from your brain to the rest of your body.

Two main types of cannabinoid receptors are critical to this process. These include:

Fun fact: The endocannabinoid system was actually named after cannabis, as cannabinoids were discovered before the cannabinoid receptors in our brains.

CBD vs. THC: Effects on the brain and body

Both CBD and THC have the same molecular formula: C21H30O2. They’re both comprised of 21 carbon atoms, 30 hydrogen atoms, and 2 oxygen atoms. However, they have a different chemical structure:

Because their atoms are arranged differently, THC and CBD interact differently with the CB1 and CB2 receptors in our endocannabinoid system—and as a result, they have different effects on the human body.

THC primarily binds to the CB1 receptors in your brain. This results in the “high” of marijuana and other products high in THC. Besides the high, THC’s focus on the brain also allows it to provide many of the other cerebral benefits of medical marijuana, such as reduced anxiety, pain relief, and improved sleep.

CBD, on the other hand, binds to both kinds of receptors—CB1 and CB2—which are located in your brain and throughout the body. Because it binds to both receptors equally, CBD doesn’t cause the same psychoactive effects of THC. Rather, the effects of CBD are distributed throughout the body, enabling it to benefit various other conditions, like muscle spasms, depression, pain, and inflammation.

Benefits of CBD vs. THC

Because they both bind to CB1 receptors, both CBD and THC can be used to treat many of the same conditions. However, they each have unique uses of their own due to the way they affect different parts of your nervous system.

Both CBD and THC can have some beneficial effects on our physical and mental wellbeing. Both cannabinoids interact with the endocannabinoid system, prompting the body to initiate a variety of biological responses. These interactions are still being studied, and the medical community does not yet fully understand the effects of CBD or THC. For the time being, the most common uses for CBD and THC include addressing pain and inflammation, sleep issues, and anxiety. As knowledge of cannabis’ effects on the body expands, we expect that both CBD and THC will be used for an even wider variety of health concerns.

THC is also widely used, but it’s more commonly used recreationally than medicinally. Despite its reputation as a recreational drug, THC does have some legitimate benefits. It’s most commonly used to manage pain, sleep troubles, glaucoma, insomnia, and low appetite.

The table below summarizes the different benefits of THC and CBD:

Is CBD or THC dangerous? A review of the side effects

Both CBD and THC can have some side effects, but neither are considered particularly dangerous. It is impossible to overdose on either cannabinoid, and there have been zero fatalities linked to CBD and THC.

With that said, side effects are possible for both cannabinoids. Some of the most common are listed below.

Due to its psychoactive properties, THC has more side effects overall. THC is the main cannabinoid responsible for the intoxicating effect of marijuana, so it can also impair motor skills, judgement and reaction time. Because of this, you should not drive or operate heavy machinery while under the influence of THC.

CBD has significantly fewer and less intense side effects than THC. It also does not provide the “high” or euphoric feeling of THC, so individuals can experience the health benefits without it interfering with their mental capacity. In fact, CBD can temper some of THC’s potential side effects, such as anxiety and the intoxication associated with THC. In general, CBD is considered to have a favorable side effect profile, particularly when compared to medications often used to address the same issues that CBD is used for.

Typically, when side effects occur, it is due to other medications the individual is taking and their interaction with the CBD. This is an important consideration, however: If you are taking any medications, it’s important to speak to your doctor before using CBD products

Keep in mind that other side effects are always possible. While most people do not experience significant side effects from CBD or THC, everyone reacts differently. Speak with your doctor if you have questions or concerns.

How can you use CBD vs. THC?

CBD and THC can both be consumed by the body in a variety of ways, including:

Different strains of Cannabis contain varying amounts of CBD vs. THC.  When you purchase a product that contains CBD or THC, it comes from some sort of Cannabis source. Typically, this is either marijuana or hemp.

Marijuana and hemp are two varieties of the Cannabis Sativa plant. While there are more complexities to the differences between marijuana and hemp, essentially it comes down to this:

THC products are almost exclusively sourced from marijuana. These products are available for purchase only in states where marijuana is legal for recreational or medicinal use (which may require a prescription).

Legality of CBD vs. THC

The legality of CBD and THC is complex, and regulations often change. As a result, there is a lot of confusion surrounding the legality of both cannabinoids. This section will break it down as simply as possible. Keep in mind that this section refers to laws in the United States. If you live outside of the US, be sure to check your local regulations.

THC is federally illegal, and considered a recreational narcotic drug. Under federal law, it is not lawful to possess or use THC or marijuana products. However, most states now have separate laws relating to cannabis, and many of these laws conflict with federal regulations.

The majority of US states (33) now have medical marijuana laws that allow for the use of THC products with a prescription. As of January 1, 2020 11 states also have recreational marijuana laws, which allow anyone over 21 to purchase and use marijuana and THC products without a prescription. Again, remember that even in these states, THC is still technically illegal under federal law – although federal law enforcement agencies rarely take action against individual users.

CBD regulations are also complex, but generally more favorable than laws concerning THC. Under the 2018 US Farm Bill, certain CBD products are now federally legal, so long as they meet certain requirements. Essentially, the CBD must be derived from industrial hemp plants, which are grown under the strict regulations of the Farm Bill. Primarily, this law dictates that THC content in the hemp plants – as well as the finished CBD products – must be kept to under 0.3% total.

To add to the confusion, certain states have laws specifically restricting – or allowing – the use of CBD products. Just like with THC laws, these state-specific laws often conflict with federal regulations. For more information, see this CBD laws by state guide.

THC is federally illegal, but is allowed under state law in certain states. CBD is federally legal, as long as it is produced from industrial hemp grown following specific regulations.