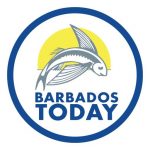 Despite some setbacks attributed to the COVID-19 pandemic, government is moving full steam ahead with the development of a medicinal cannabis industry here, adamant that it has not missed the proverbial boat.

Chief Executive Officer of the Barbados Medicinal Cannabis Licensing Authority (BMCLA) Dr Shantal Munro-Knight says interest in the lucrative industry remains extremely high among prospective investors, who will be able to submit applications and proposals as early as January.

During an appearance on Tuesday’s edition of Starcom Network’s Down to Brasstacks, the CEO acknowledged that the greatest interest is being shown by international investors, but stressed that locals should not be discouraged by the perceived high costs associated with the sector.

In fact, the CEO declared that in some cases, the cost of licences is competitive with those in other Caribbean countries.

She added that the BMCLA has been working to ensure stakeholders have full access to the dynamic industry.

“The ability to open up for applications in January happened because we have been working very hard in the preparatory phases to ensure that we have an industry that is fairly robust. Part of that is meeting with stakeholders and all the agencies that will be involved in this industry. We have held meetings with, and engaged, over 88 different agencies across Barbados, both government and others as well to make sure that we are reflecting and building an industry that is reflective of how people want to see it,” revealed Dr Munro-Knight.

According to the Medicinal Cannabis Industry Bill, 2019, there are eight categories of licences for cultivation, processing, importation, export, retail distribution, transportation, laboratory and research and development. There are four tiers of licences for cultivation and three tiers for processing licences. According to the BMCLA’s CEO, some investors are expressing an interest in the full suite of licences, but most prospective applicants are interested in cultivation.

Canadian investors in particular are expressing the strongest interest in the industry that is said to be still in high demand across the globe for its usefulness in the treatment of numerous mental and physical health conditions. There is also growing interest in the potential for new strains of cannabis to be cultivated using Barbados’ unique soil.

To avoid the exclusion of locals, the Bill stipulates that any company, cooperative, or partnership involved in the industry ought to have at least 30 per cent local investment. Neither the bill nor the BMCLA states exactly how much the licences will cost, however, Dr Munro-Knight disclosed some details of the tier-one licensing fees for cultivation, which is around BDS $29 700 for five years. She also argued that unlike some other jurisdictions, all administrative costs have been built into the fee structure to provide more certainty for investors as they plan their outlay.

“That is not an annual fee… it is a five-year fee and if you break that down, that is approximately $5 000 a year and if you look across other jurisdictions, that is what the industry considers to be fairly reasonable in terms of being able to offer locals as well,” the executive argued.

“So again, if you look at Jamaica, our transport licence at [BDS]$99 000 for five years is exactly the same amount that Jamaica charges annually for theirs. I think that is the important message. People are looking at the big figure not realizing that our fees are for five years.

“I also want to make the point that unlike other jurisdictions in the region that have fees and then a number of other administrative costs, our fees are all-encompassing . . . some jurisdictions charge monthly costs for being signed onto the traceability system. Our fees are all-encompassing and you pay a one-time sign-on fee and you won’t have to pay any more for that.

“So we are also looking to make sure that what is required, matches where people are in terms of the scale in their operations as well,” she further explained.

In addition to the direct benefits, Dr Munro-Knight noted that numerous indirect avenues for business in areas like construction, legal services, accounting, and packaging will all emerge alongside the agricultural industry. The country’s “very qualified” workforce has also been touted as a mutual benefit for prospective investors and workers alike.

As part of a final public engagement campaign before the rollout of licences, the authority will be hosting a town hall meeting at Queen’s College on December 9 and a virtual service provider’s forum on December 10.